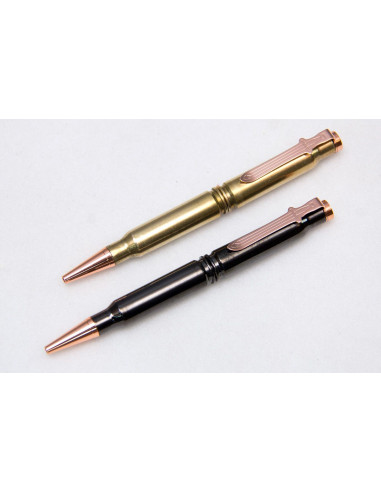 Junior’s Bullet Pen Company is dedicated to one of our fallen heroes, SSG Chris Falkel

SSG Chris Falkel was a warrior, he was a hero, and he is my son. Chris was a weapons sergeant for 3rd Special Forces Group (Airborne) on Operational Detachment Alpha (ODA) 316, and between 7 – 9 August, 2005, Chris and his Special Forces team were involved in a 54 hour battle “that will live in the annals of Special Forces history.” On the evening of 8 August 2005, Chris paid the ultimate sacrifice and died saving the lives of his team and 16 members of the Afghan National Army that were assigned to his beloved ODA 316. SSG Chris Falkel was awarded the Silver Star for his bravery and heroism.

Chris was called “Junior” by his teammates. From the time he was a very young boy, Chris knew he wanted to be in Special Forces, and he would make “weapons” out of whatever was available to him. He used to love to turn shell cartridges into all kinds of things.

In early 2005, Chris attended his favorite Special Forces school – Special Operations Target Interdiction Course – the Special Forces sniper school. After he graduated from that school, I met him in Utah for a ski trip together. While we were riding the chairlift in a blizzard, Chris told me that his next bullet project was to make a pen out of 7.62 shell casings. He used the 7.62 round in his sniper rifle. I told him that I thought that was a GREAT idea, and we would work on it when he returned from his next trip to Afghanistan. Unfortunately, he never got the chance to make a bullet pen because little did I know that ski trip would be the last time I saw my son …

I thought about Chris’ dream of making a “bullet pen” for a couple of years, and on 24 Sep 2007 – which would have been Chris’ 25th birthday – Junior’s Bullet Pen Company was created. So these pens are dedicated to you, my son. To date, we have made over 150,000 bullet pens – one pen at a time – and I feel Chris’ presence with every pen I make. The response to Junior’s Bullet Pens has been overwhelming, and I am truly grateful for the many loyal customers we have had in the past 5 years!

So we are so very pleased now to increase our product line of Junior’s Bullet Pen products! We have taken some of Chris’ other ideas for pens made out of shell casings, and added a few new iterations!!!

Most of the brass we use to make Junior’s Bullet Pens has been once-fired military brass. We occasionally get new brass donated from various companies to use in our bullet pens, and our 50-110 brass is new and modified for our mini-Sharpie markers.

Otherwise, we strive to re-use brass cartridges as much as we can. It has been said that “the pen is mightier than the sword” – and this may indeed be true. SSG Chris Falkel understood the need and value of education, and so we are honored at Junior’s Bullet Pen Company to be able to turn instruments of war into tools for education with our entire Bullet Pen line of products.

5 other products in the same category: 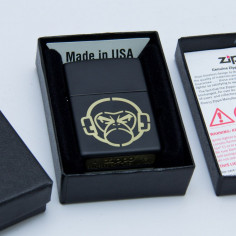 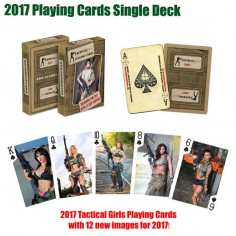 Tac-Girls
cards-00001
$11.99
(NEW 2017 Edition!) TacGirls sorted through 6 years of calendar images to build the ultimate deck Tactical Girls playing cards.  These will be a hit at deer camp or while passing the time at your FOB.Cards mfg in the U.S.A. by the U.S. Playing Card Co., the same company that makes Bicycle® playing cards.Standard Deck with different image on each card,...
View

MIL-SPEC MONKEY
coast-00001
$4.00
We plan to make these give-aways, but can offer to buy as well. Some nice thick border coasters that have a concave middle to help hold in any condensation. Made of the same material as our PVC patches, the hex shape even works great for coverage when multiple coasters are used. Approx 4.5" x 4" , 1unit = 1 coaster
View

MIL-SPEC MONKEY
keychain-0001
$3.00
A simple yet fun PVC keychain of the MIL-SPEC MONKEY logo done stencil style. The keychain is double sided so don't have to worry about position!
View 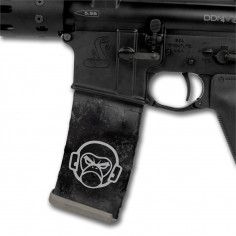 mwrap-0001
$19.95
Mag Wraps featuring Mil Spec Monkey designs come in 3-Packs and will fit any 30rd AR-15 Magazine. They are easy to install and offer the ultimate in protection and camouflage for your magazines. The wraps stop right at the mag well so there is no interference with the operation of your magazine while in the weapon. 1 package will retrofit 3 Magazines....
View
Tap to zoom